Hanna Sereni, daughter of Ada Ascarelli and Enzo Sereni, passed away at her home in Tel Aviv on March 12, 2022. Hanna was born on July 4, 1926 to young Enzo and Ada, who had already made their mind to immigrate to Palestine. The young couple arrived to Palestine in early 1927 to get organized, while Hanna stayed in Rome at the home of nonna Alfonsa, Enzo’s mother. Ada came to fetch her several months later. In 1928, Enzo and Ada were among the group that founded kibbutz Givat Brenner. Hanna and her younger sister Hagar, born on February 4, 1928, were the first children in the kibbutz and the only one for some time. Hanna spent her childhood and youth in the 1930s in the kibbutz and also in Berlin and New York, following Enzo’s Zionist missions in these cities.

In 1944, at the age of 18, Hanna joined the Palmach, the Jewish elite military force in Palestine, as a radio operator, a position she continued to undertake when she joined after 1945 Aliya Bet in Italy, the Haganah operation to bring clandestinely to Palestine Holocaust survivors opposite British opposition. By that time her father had been murdered in Dachau, having parachuted in central Italy in 1944 to try to save Jews, part of a group of Jewish volunteers from Eretz Israel who joined the British army. Her mother, Ada, became a leading figure in Aliya Bet, and later its head. In the autumn of 1947 Hanna married Eli Zoharin the great synagogue in Rome. Eliwas a member of the Palmach, who parachuted in Yugoslavia in 1944, and later became part of Aliya Bet. Ada and Hagar attended the ceremony that moved the Roman Jewish community, while Emilio Sereni, Enzo’sbrother and communist ideological rival, insisted on walking Hanna through the aisle. Hanna and Eli arrived to Palestine in March 1948, in the midst of war, on the Aliya Bet ship “Yehiam”; Eli was its commander and Hanna its radio operator. The ship was caught by British forces and all aboard, including Hanna and Eli, were sent to an internment camp in Cyprus. After the foundation of the state of Israel on May 14, 1948, the two settled in Givat Brenner, where Hanna became a beloved teacher in the local school. Two girls were born, Yael in 1948 and Razia in 1950.

From left, Hanna, Daniel, and Hagar in Givat Brenner in the early 1940 (All Rights Reserved, The Sereni Family Archive)

In 1957 Hanna and Eli separated and in 1964 she moved to Tel Aviv, co-founding ahuman resource company “Makor,” specializing in job placing for academics. She co-directed the company with energy and dedication into her eighties. Hanna lost her father at the age of 18, in 1944, and her brother, Daniel and his wife, Ofra Kitron, at the age of 28, in 1954. Daniel and Ofra were killed in a state ceremony to commemorate the tenth anniversary of the parachutists’ mission, when a small airplane crashed into the crowed. Hanna’s sister Hagar passed away last year on July 1, 2021. Hanna is buried in Givat Brenner. She is survived by 2 daughters, 7 grandchildren, and 18 gran-grandchildren.Her daughter Yael, with her children and grandchildren, live in Givat Brenner and continue the Sereni legacy there.

Alon Confino is the son of Hagar Sereni and Hanna’s nephew. He is a professor of history at the University of Massachusetts at Amherst.

“The young generation needs me; this is why I’m alive” - Interview with Holocaust Survivor Sami Modiano 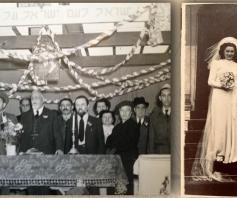 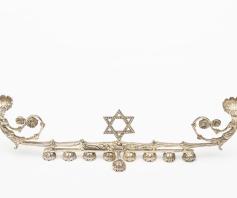 The ''Museum Shop'' is born, the e-commerce of the Museo Ebraico di Rome. All the beauty of the collection just a click away 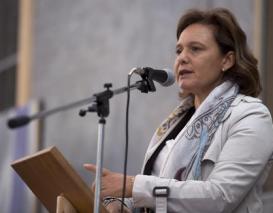 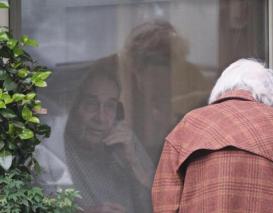 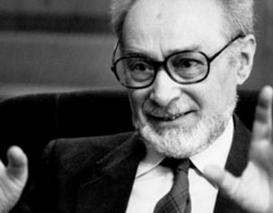 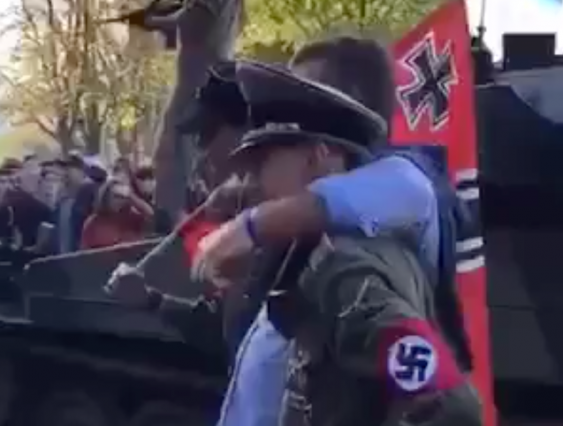