Notes on the rescue from German looting or the ritual objects of the Israelite Community of Rome (November 27, 1943 and January 10, 1944)

The rescue of the treasure of the Major Temple of Rome from the Nazis: chronicle of a protagonist, the President of the Jewish Community of Rome, Ugo Foà

First, it should be understood that the category "Ritual Objects" includes in this case the silver and textiles of Tempio Maggiore and the silver of the Via Balbo Oratory, as well as the Sacred Scrolls, which - given their inestimable historic and monetary value  - were kept in a safe of the "Treasure Room” of the Tempio, rather than on the shelves of the Community Library.

When, during the war of the Allies against the Axis powers, Rome was in danger of being bombed, the Community Board worked to protect the numerous, and very precious considering the mate¬rial and workmanship, textiles and silver of the Holy Temple from the imminent threat.

Consequently, in June 1941, large armoured vaults were leased from the Rome branch of the

Banco di Napoli, located in Via del Parlamento. The objects were all deposited there with the

exception of a few which, upon the insistence of some Board members and many Community

members, were left in the Treasure Room for services.

The lease agreement required the signatures of three designated Board members.

On September 8, 1943 and with the Nazi occupation of Rome, the dark clouds covering the Community, suddenly turned into the gale of Nazi persecution. It started on September 26 with the well-known extortion of 50 kilograms of gold, and culminated on October 16 with the round-

up of the Community members. The devastating storm continued with later looting and deportation.

After the theft of two million lire on September 29, 1943 from the Community safe, the first signs of danger came on September 30 with an inventory that was taken of the libraries of the Community and the Italian Rabbinical College and the confiscation of their catalogues by German experts. It was not difficult to predict that they were planning to appropriate the books once the

Ignoring the repeated warnings of the Nazis with their death threats, I thought that I would at least prevent the confiscation of the sacred books kept in the Treasure Room. I removed them from the safe and, at least, had the shammashim (custodians) Giorgio Sierra and Gino Moscati hide

them in the Tempio under the amphitheatre of the women's gallery. Then, thanks to the efforts of the Board member in charge of Religious Services, Adv. Goffredo Roccas (one of the few Board members who dared face the danger and stayed in Rome), and his uncle, Adv. Dante Calò, the volumes were taken to the Vallicellian library.

In November 1943, after the nightmare round-up of the Community on October 16, the syna-gogue was repeated visited by the Germans who had profaned the Sacred Ark back in September. However, the synagogue had not yet been completed searched, and they had so far missed the Treasure Room. There was no hope however that it would remain untouched for much longer.

The vaults at the Banco di Napoli containing the ritual objects were also still intact but by then the invaders had suspicions of their existence.

One morning at the end of November, 1 went to the Community offices - which I believed it was my duty to visit regularly even after October 16 - given the limitation of the moment, at least reduced functionality. In the absence of Chief Rabbi Prof. Zolli, who had disappeared on September 9, I had the assistance of the aforementioned Board member in charge of Religious Services, Adv. Goffredo Roccas, the secretaries Dr. Fortunato Piperno and Rosina Sorani, the custodian Sierra and a few other volunteers. That day, I received word of the imminent confiscation by the Nazis of the objects that were being kept at the Banco di Napoli.

If any attempt were to be made to save them, it had to be done without delay.

I immediately spoke to Adv. Roccas who with equal rapidity spoke to his uncle, Adv. Dante Calò. The latter generously informed me that, if I managed to convince the Banco di Napoli to turn over the objects to me, he would help us take them away and would find a safe place to house them. The operation took place in broad daylight right in the center of Rome, in other words in a heav¬ily guarded area, little more than a month after the round-up of October 16, and with the Germans already alerted. It was obvious that considerable risks were involved, but there was no choice. We decided to act.

There was however still one serious obstacle to overcome: the people whose signature was need¬ed to remove the objects, according to the lease of the vaults, were not to be found.

On this occasion, we once more had proof of how Italians abhorred the policy of racial persecu¬tion that the German hierarchy had imposed. Without demurring, the officials of the Banco di Napoli agreed to my request to return the ritual objects, upon presentation of a document that was only formally valid, declaring that the Community Board of Directors had authorized the substitution of the three signatures listed on the lease with those of two other Board members.

Once I had this consent, and because neither the Board nor the Executive Committee could be summoned, on November 26 I prepared a resolution, very broadly interpreting articles 17 of the last Chapter, and 19 of Chapter 3 of the Royal Decree of October 30, 1930, n.1731 which regu¬lated the Israelite communities and the Union of Communities. I authorized myself, as President of the Community, with emergency powers to withdraw the ritual objects with only two signa¬tures: that of Adv. Roccas and my own. This resolution, presented that same day to the Banco di Napoli was, as promised, deemed valid. The next day, November 7, 1943, while Fascist agents were in other rooms of the Bank, trying to trace our ritual objects, they were all withdrawn and taken to a safe place.

Together with Adv. Roccas and myself, the following people took part in the operation: Adv. Dante Calò, Rosina Sorani, Community secretary, Giorgio Sierra, the custodian, Giacomo Caviglia and Alberto Sermoneta - coreligionists who worked for Adv. Cale.

An inventory of the objects (in seven large crates containing silver work and two large trunks of textiles) was carried out a few hours later in the warehouse of the shipping agents Bolliger in Piazza di Spagna by Miss Sorani and Mr. Sierra.

From what I understand, Bolliger, using deception and a most exceptional audaciousness, moved the crates and trunks to its premises (located near the Vatican walls) where some luggage of the German Embassy was located and as such was immune from German inquiries. On August 25, 1944, all the material was returned to the Jewish Community. The contribution of Adv. Dante Calò was essential to this dangerous rescue. Unfortunately, not long afterwards (on January 13, 1944) he was betrayed by Fascist spies and deported to German from where he never returned.

May his memory be honored!

Once the objects deposited at the Banco di Napoli were protected from Nazi greed, the silverwork — less numerous but still considerable — left in the "Treasure Room" of Tempio Maggiore and that of the synagogue on Via Balbo was still in danger.

First, I had a false floor of bricks and cement constructed at the bottom of the ritual bath in the Temple basement. On January 10, 1944, we walled up the silver and then put in the normal level of water. The brickwork was carried out by mason Giuseppe Pipponzi and one of his apprentices. The silver was hidden in the bath in my presence and that of Mr. Giuseppe Campagnano, Dr. Fortunato Piperno, Rosina Sorani, Giorgio Sierra and the synagogue's doorkeeper Edmondo Contardi.

It should be noted that both Pipponzi and Contardi were Catholic, which made their participation even more meritorious.

When Rome was liberated on July 14, 1944, I myself with the other people I mentioned who wit¬nessed where the objects were deposited recovered the objects.

The silverwork of the Via Balbo Synagogue consisted of several rimonim and some Torah scroll crowns.

I entrusted them, upon his spontaneous offer, made with his customary tranquility, to Secretary Dr. Fortunato Piperno, who hid them in his home in Monteverde, where they were taken without delay by custodian Sierra.

Finally, some other pieces of silver work were hidden in the home of the aforementioned Synagogue doorkeeper, Edmond Contardi and his wife Gemma Fazi, also Catholic, both of whom gave continuing proof of their praiseworthy loyalty and sense of sacrifice throughout the entire period of persecution.

In the same way, some pieces of gold work (two gold keys of the Ehal and a gold pointer), found in the bottom of the safe in the Treasury Room were saved by Miss Rosina Sorani.

with the help of G-d, all the ritual objects used for worship were saved.

Not one piece fell into the hands of the Nazi-Fascists.

UGO FOÀ, President of the Israelite Community of Rome during the period of German Occupation 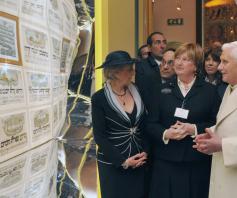 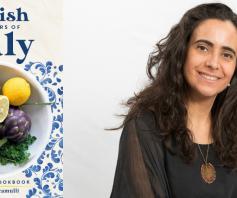 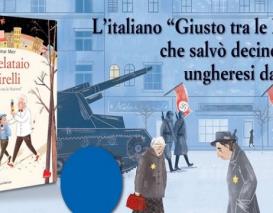 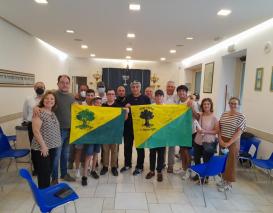 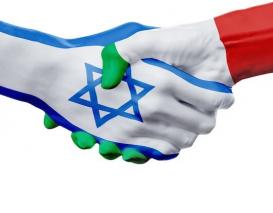 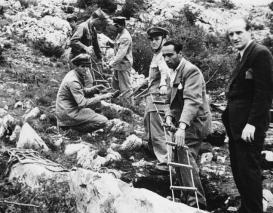 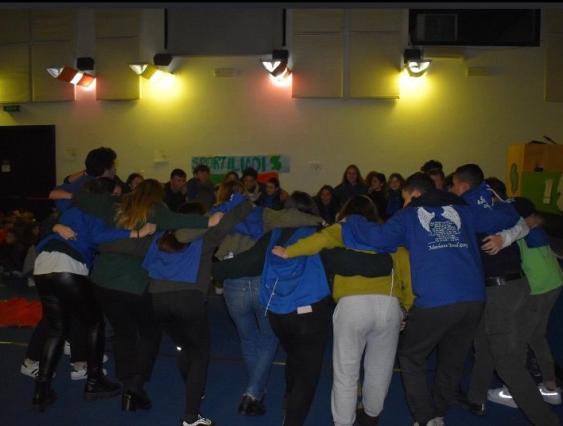